Two music-related novels for Random House, and one for UNBOUND: 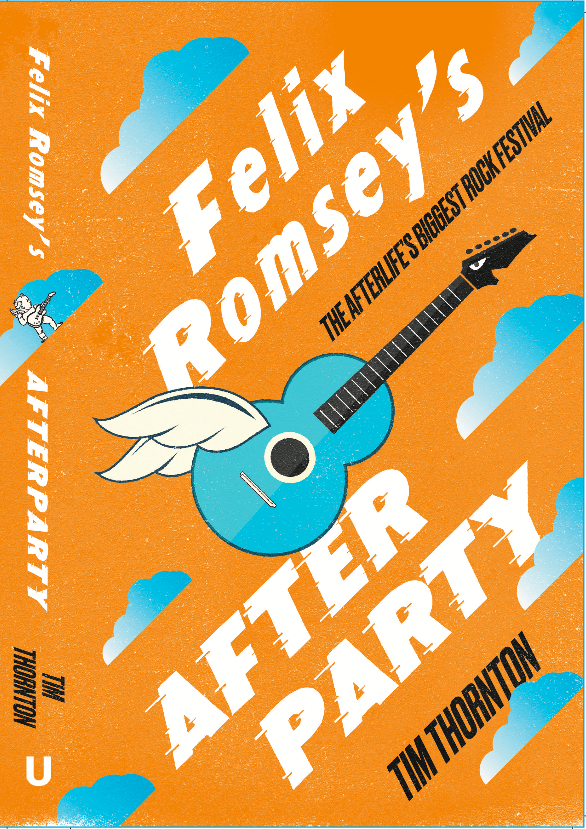 The Afterlife’s biggest rock festival is interrupted when headliner John Lennon vanishes; now promoter Felix Romsey has to get him back

Felix Romsey’s Afterparty is a rock festival with a big difference. Put it this way: this year’s lineup includes Elliott Smith, Minnie Riperton, Serge Gainsbourg, Kurt Cobain, Whitney Houston, Michael Hutchence and, making only his second live appearance since his death: John Lennon. It’s the Glastonbury of the Afterlife; the place where dearly departed music fans can let off steam to the sounds that soundtracked their lives, and where late rock stars can be rock stars again. Flamboyant, acerbic promoter Felix Romsey and his amiable assistant Adrian “Podge” Jones frantically ride the anticipation among the capacity crowd and a backstage area chockful of celebs; with the stakes this high, they’d be anxious even if everything were running smoothly.

But lately, things have most definitely NOT been running smoothly. The recently-arrived David Bowie has been snagged by a rival promoter, and Felix has reason to believe that a plot to oust him as the Afterlife’s preeminent rock impresario is afoot. And when headliner John Lennon, just as he’s drawing breath to sing his first note onstage, vanishes – no, I mean really vanishes – Felix and Podge have no choice but to find out who’s behind the sabotage, and to try and rescue their star attraction – and their festival’s reputation – before it’s too late. Early in their search they run into the inscrutable Jane Brown, who at first encounter seems little more than a Lennon superfan, but proves to be invaluable, introducing Felix and Podge to the chilling possibility that their quarry mightn’t be up here, but in fact, down there…

Felix Romsey’s Afterparty is a novel for anyone who’s ever heard the cliché “the great rock festival in the sky” and spent a few fleeting moments wondering what said celestial festival – and indeed, the reality it inhabits – might really be like. 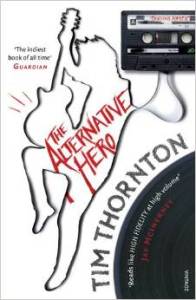 By the time most people hit 30, they’ve managed to do one of the following things:

3. Move on a bit from the music they were obsessed with at the age of 17.

Clive Beresford has failed to do all three. But that’s about to change.

One unremarkable Saturday morning Clive sees the biggest alternative-pop star of them all walking down the high street with his dry-cleaning: Lance Webster, disgraced ex-singer of Thieving Magpies (‘the biggest British band to emerge from the late-eighties indie-boom’ Rolling Stone). Clive hatches a ramshackle plan to befriend his idol and grab the scoop of a lifetime – why did Webster burn out? The ensuing chaos forces both men to revisit the sweat, feedback, T-shirts, stage-dives, hitch-hikes, snakebites and hangovers of British alternative rock at the start of the nineties; to quote Lance Webster himself, ‘before Britpop came along and fucked everything up’… 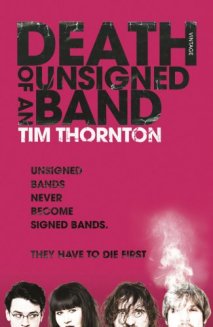 DEATH OF AN UNSIGNED BAND

Being an unsigned band isn’t a situation – it’s a mental illness. Few people realise they’re suffering from this affliction. Russell Groom knows, and he wants to change things fast. But Russell doesn’t fit the traditional rock-star mould, and his woefully unexceptional band are headed nowhere, inhabiting a world of cramped and sweaty rehearsal rooms, crap day jobs, empty gigs and interminable trips down the A303 to dodgy festival slots in Wiltshire. Enter Josh – the enigmatic and arrogant son of a successful record producer – with an offer it’s impossible to refuse…

Tim Thornton’s new novel is a hilarious fly-on-the-wall trip round the outskirts of the music industry, with a valuable lesson: unsigned bands never become signed bands. They have to die first.