Is it a band? Is it a bloke? Who cares. We’ve been making great music since 2006. Here’s my mini-tour through our partnership.

Biscuits For Breakfast (2006), for which Fin Greenall sold his turntable and bought a guitar, to paraphrase LCD Soundsystem. Fin had written a bunch of great songs and asked Guy Whittaker and myself to play on four of them, Kamlyn, You Gotta Choose, Pills In My Pocket and the title track. The rest of the record, dare I say it, is even better, with Pretty Little Thing and Hush Now being my personal standouts. After this, we went on tour for a bit… 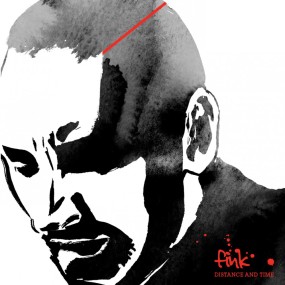 The most underrated album of all time? I can think of at least three people who think so. Distance And Time (2007) was the product of emerging warmed-up from the tour bus (or splitter van, to be accurate, in those days) and unloading straight into Andy Barlow from Lamb’s studio. He helped us tweak some already pretty damn fine songs Fin had composed – This Is The Thing, Blueberry Pancakes, Trouble’s What You’re In among them – and together we made a pretty solid record that I was personally convinced would blow the roof off. Sadly we just damaged the ceiling a bit, but it did open some pretty big doors for us in places like Germany, France and the Netherlands. Contains possibly my personal favourite Fink song ever, Under The Same Stars. 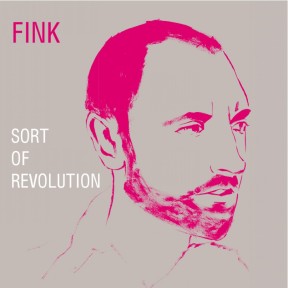 I became a dad around this time so – to be frank – I was kind of asleep for this one. But Fin did another sterling job for this, Sort Of Revolution (2009), our last self-produced effort to date. Tracks like See It All and the title song, plus the John Legend-assisted Move On Me and Maker, helped us to nudge the Americans a little.

It’s a massive over-simplification, but in a way, this was when we started getting serious. Perfect Darkness (2011) was recorded in Los Angeles, the first of two records with Billy Bush at the controls. A great experience became a great album, I think, with Yesterday Was Hard On All Of Us and Warm Shadow remaining firmly in our live sets to this day. Speaking of live… 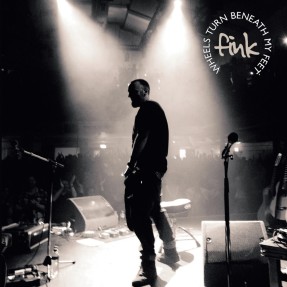 Wheels Turn Beneath My Feet (2012) sees us hurtling around Europe in a bus (definitely a bus this time) pounding out our songs for the last time – give or take – as a three-piece. I haven’t heard it for ages so I’ve no idea how well it’s aged but there’s a commentary version on Spotify which features us getting drunk and eating crisps while discussing our progress.

Occasionally in interviews we get asked “what’s the greatest experience you’ve had in Fink” and this show is pretty much always my response. Fink Meets The Royal Concertgebouw Orchestra (2013), from the concert on Queens Night in Amsterdam the previous year, captures that moment. Oh, what a night. 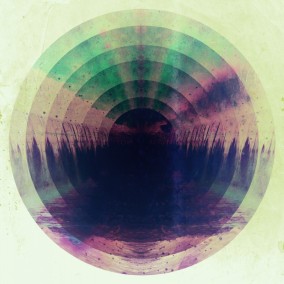 For Hard Believer (2014) back to LA we went, for a second bash with Billy Bush, and what fun it was. With hindsight, I reckon this was our collaboration firing on all cylinders like never before or since, and you can really hear it, on tracks like Pilgrim, Looking Too Closely, Truth Begins and White Flag. Ruben Hein came to play some piano, so it was simply an embarrassment of riches.

Mainly a Fin product, but I love this one, Horizontalism (2015), a great example of Fin’s restless creativity and a super album to listen to while writing, I can tell you. Mainly instrumental and mainly remixes, but it does contain two top original songs, Fall Into The Light and Suffering Is The Art Of Love.

We love this one, although it’s not exactly a barrel of laughs. Resurgam (2017) saw our first – but hopefully not last – collaboration with the legendary Flood, and was laboured over for seven weeks in London Town. Songs like Day 22, The Determined Cut and the title track have a dark, satisfactory crunch to them, while Godhead and This Isn’t A Mistake are great to play live. Great for a cold walk with a stout pair of headphones.

The latest Fink album Bloom Innocent (2019) is a thunderous beast. Fin and Flood have achieved what they set out to do: to create a bracingly coherent work, and it’s been, as ever, a pleasure to be involved.

BLOOM INNOCENT is a string-laden slice of sunshine featuring some of Fin’s best vox and Guy and myself grooving heroically. WE WATCH THE STARS in an intergalactic trip, boosted by strings/piano/guitar maestro Tomer Moked and the awesome drums of Nicky Hustinx. ONCE YOU GET A TASTE is a chocolatey piece of songwriting, shades of Beck and Bill Withers. OUT LOUD has some of the best lyrics Fin’s ever penned and an urgency worthy of This Is The Thing. THAT’S HOW I SEE YOU NOW is a bleak slab of tortured rock. I JUST WANT A YES is the sound of a musical universe collapsing in on itself. ROCKING CHAIR is a swampy gem and MY LOVE’S ALREADY THERE is a bittersweet ballad, a haunting moment to finish.

All in all, a thrilling addition to the Fink canon. Buy it and put it on and turn it up.

Bloom Innocent Acoustic (2020). Seems a million years ago right now, but on a hot week in late June 2019, Fin, Guy and myself hunkered down in Axel Reinemer’s lush JRS studio in Berlin and came up with some nice acoustic versions for the Bloom Innocent album tracks.

All these records can be bought at www.finkworld.co.uk