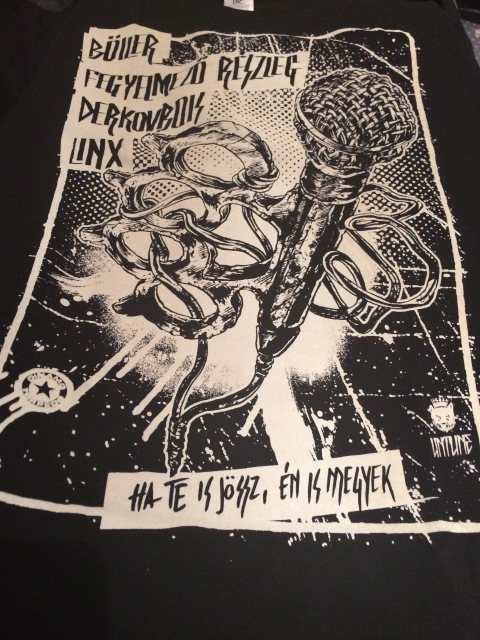 In 1994, the rock band dEUS released Suds & Soda, a debut single suggesting a drunken fantasy jam between the Beastie Boys and The Pogues after a Faith No More concert. But the all-powerful British music press barely noticed the actual sound of the record. One could picture the journos sniggering over one of their marathon liquid lunches: “Hoo-ha-haa! Have you heard? There’s a new band called dEUS… and they’re… pffft!!… from Belgium.”

It was moronic: the notion that a crunchy contemporary rock band coming from mainland Europe was somehow laughable, just as the idea of a global smash hit single from South Korea seemed before 2012. But laugh they did, fuelled by the constant spectre of Eurovision and the surfeit of slightly questionable 1980s acts like Baltimora, Europe and Modern Talking. Not that it harmed dEUS, who were, and are, awesome; as were the torrent of other ace continental acts that followed, to the point where it’s now as common to hear a band on the radio hailing from the other side of the Eurotunnel as from this.

Or is it? Europe’s a bloody big place, and with pop music, all European countries are equal but some are more equal than others. The torrent slows to a trickle the further east you go; much as the arrival of dEUS inspired chortles in the 90s, any band from beyond Berlin has to fight through an – if you will – iron curtain of humour before they’re taken seriously in Britain. Don’t believe me? Conduct an experiment. Tell a friend you’re seeing “a Ukranian rock band” tonight. I guarantee one of these reactions. A puzzled expression, accompanied by “reeeally?” An amused suggestion they’ll be using an electric balalaika. A full-on gale of laughter. A tight smile and a clipped, “Oh, how interesting,” with the clear implication that your evening’s entertainment will be crap.

In the movie version of this article, cut to a shot of me in a vibey rock club in Budapest, pint of Hungarian beer in hand, watching a Ukranian rock band. A three-piece Ukrainian rock band called Sinoptik, who are busily proving they are not crap. Far from it. In fact they’re a gloriously unfettered and ethereal barrage of rock’n’roll noise, with the searing melodies, nail-biting dynamics and surprises to match. I’m among a crowd of a hundred, but singer/guitarist Dmitriy performs like he’s headlining Glastonbury.

Sinoptik are here, as am I, for the very first Budapest Showcase Hub (BUSH), a conference and music festival with the rallying cry of “looking at the Eastern European music scene from a brand new perspective”. And perspective, when considering a band like Sinoptik, is what you need. They drove from Ukraine, presenting visas at the EU border which took months and a bank account of savings to procure. They recently transferred their HQ to Ukraine’s capital Kiev, after their hometown Donetsk was engulfed by civil war. The struggles of a band in London these are not. And yet here they are, mopping the floor with any rock act I’ve encountered this decade.

You see, the Eastern European music scene is getting its shit together, with the various promoters, labels and bands joining forces to export their own music to their western neighbours. And it’s a no-brainer: in 2016, there’s no reason why the next big acts can’t come from Prague, Belgrade or Vilnius. The talent’s certainly there. One of BUSH’s headliners is Brodka, a singer-songwriter from Warsaw of staggering confidence and vision, her latest record Clashes sounding like the possible result of a post-punk band being locked in a cathedral for the night. A big hit at home, it has yet to make much of a dent abroad, Brodka herself eyeing the challenges ahead with knowing humour: “I’m ready to build my audience album by album, but it’s difficult to break the market when you’re Polish. Let’s face it, it’s not like being from Iceland where every band has an instant ‘high-quality’ tag thanks to Björk.”

People mention Iceland a lot here. It’s not hard to see why. When I ask IAMYANK, a distinctive electronic artist from Budapest itself, where he would choose to work if not here, he replies “Iceland” without hesitation. “It’s a resilent, off-the-beaten track place which happens to make beautiful music. They’ve built a brand… if a group said they’re from Iceland, you’d check it out. The same isn’t true for Hungary.”

One senses that people here are waiting to see who’ll hit big first, hoping others can follow in the slipstream. Tony Duckworth, from indie umbrella label PIAS, says, “there is a good chance that, by 2021, we will have internationally successful performers from the region.” Who will finally do it? Brodka? Tommy Cash, the arse-percussionist (no, really) rapper from Estonia? Or someone else, like Cash’s rather more savoury compatriots, the electro-rock three-piece I Wear* Experiment? Having enjoyed their single Patience – a blast of catchy, of-the-moment Nordic pop – I meet the Tallinners before their headline set at BUSH. They’re energetic, friendly and bursting with passion for what they do, but with a refreshingly global ambition. “We’re touring in South Korea,” enthuses guitar/synth man Hando Jaksi. “And Japan, and China. Our music’s popular in those places, and if people want to hear you play, I really feel you should get out there.” Live, I Wear* Experiment’s self-assuredness is unavoidable, vocalist/keyboardist Johanna Eenma whipping up the crowd at the Kuplung club like they’re down the road at Budapest’s epic Sziget festival. Stage right, drummer Mikk Simson smacks his kit with a positivity that verges on the maniacal.

Johanna from I Wear* Experiment. Pic by Sinco

Slightly mad levels of positivity are present throughout the festival, in fact. Mid-evening, I catch Ghost Of You, a frenetic quartet from Brno, Czech Republic, who combine a Madchester-ish swagger with the urgency (and instrument swapping tendency) of The Coral. At one of the conference’s many symposiums, I witness an impassioned speech from Fruzsina Szép, a Budapest local but currently festival director of Lollapalooza Berlin. Halfway through the talk, it would be fair to say she goes off on one, calling on the audience to celebrate the diversity of talent from the region, insisting we think as one nation, rather than lots of smaller ones. It’s an inspiring, emotional oration, which I’m not ashamed to admit causes me to make a complete arse of myself and break into spontaneous applause. But is it naïve, or do others feel the same? Turns out: they do. Daniel Somló, BUSH organiser (and also, conveniently, IAMYANK’s drummer), strikes much the same note.

“That’s what this festival’s about… the realisation that we’re not separate, but one country with 140 million people… the same problems, the same thinking. We should help each other.” Virgo Sillamaa, director of Music Estonia, takes the point further. “If we’d open up and integrate – and we already are – it might shift the axis away from the traditional Anglo-American canon.” But he’s quick to point out the Catch-22. “The internet has opened new ways, but also an unprecedented number of contenders.” Alex Bruford, director at London’s ATC Live agency, agrees. “The standards are high, because everyone’s at it. The industry is now more open-minded to listen to a band from Hungary, or wherever. But once they do listen: the music has to be exceptional.”

Ghost Of You. Pic by Sinco

How do the region’s undiscovered musicians feel, though? Is all you really need that age-old ingredient: being good?

“You do need more than that,” shrugs IAMYANK. “Things are going well for us here, but there are only so many times we can play Budapest.” Some countries are, I suspect, better at the whole music industry thing than others? “Of course,” nods Daniel Somló. “We’re trying to play in Poland. It has 40 million people; Hungary has 10 million. You can’t compare them. Also, Poland is close to Berlin, and they use that closeness really well. There’s even a government plan to bring Polish bands to Berlin, and vice versa. Also, there are many Polish people in England; whenever they go back home, they bring fresh culture with them.”

Magdelena Jensen, CEO of Chimes Agency in Warsaw, is cautiously positive about her country’s merits in this field. “The key is building confidence in what we do. Performers from Poland sometimes have a bit of a complex which holds them back, plus the industry occasionally suffers from an unhealthy negative competitiveness. But thanks to travel opportunities, conferences and the sharing of experiences, this is changing rapidly.”

Listening to Brodka’s tantalising album, or feeling the primal blast of Sinoptik‘s live show, I’m wondering – perhaps impatiently – why all this change takes so damn long? BUSH’s official hashtag is #newkidsfromthebloc, but it’s a long time since the bloc; are they really new kids?

Late evening, as the last chords of IAMYANK’s atmospheric set die out, I drain my pint and wander off into the Budapest night, with many earworms squirming around my slightly drunken brain. It’s a typical musician’s tendency to want everything to happen immediately, but to use a couple of old clichés, these bands and musicians just need to keep the faith, think positively, carry on banging out the tunes. Or, as I Wear* Experiment put it rather more eloquently, “beautiful patience, flow into my soul.” Here endeth the lesson.

*The asterisk is actually part of their name. I don’t know what it means.