It was the message we’d been waiting for. There’d been talk of Flood – one of the few contemporary producers for whom the word “legendary” isn’t an exaggeration – taking on the new Fink album for some months, but it was a cold February afternoon when my phone finally beeped with the confirmation. I’d been driving across town to pay some duty on a guitar I’d had shipped over from the States; I contemplated the grey flyovers of the North Circular amid the gusts of thin drizzle. “Yep, that makes sense,” I thought. “It’s about time Fink did a London album.” 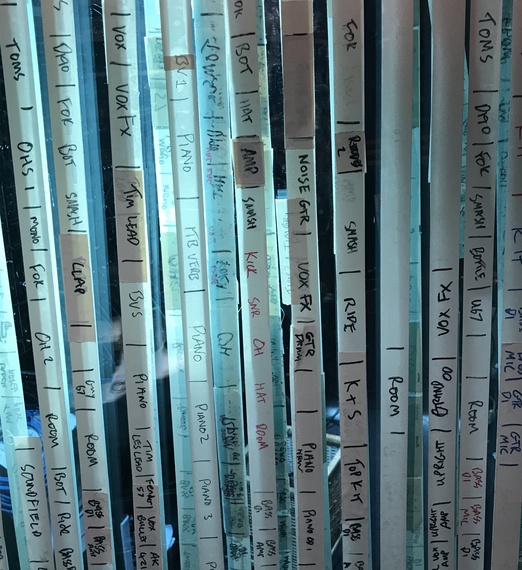 We’ve always felt that music should resemble the place where it’s made. We recorded our last two records in Los Angeles, and it shows: it’s there in the slick power of the drum and vocal sound, the attention to detail, the haunting, almost tropical guitar melodies that recall cigarette breaks outside in the warm Californian night. I dearly love Perfect Darkness and Hard Believer, but this time we needed grit. This time, if Berlin planted the seeds of the songs, London was the greenhouse in which they thrived. And how London did we go. To achieve peak London in 2017 you don’t go to the East End or Lambeth, you go to West Willesden, a place so staunchly ungentrified that it makes Dalston look like Knightsbridge. It’s right here that Flood and his equally-celebrated-producer pal Alan Moulder preside over the Assault & Battery complex, part of a dying breed of “proper” recording studio and a shrine to a certain strain of British-influenced alternative rock that Flood and Moulder have enabled. Smashing Pumpkins, Nine Inch Nails and Killers platinum discs splatter the corridor walls, while the studios drip with history (“That’s the modular synth used on Violator“… “Oh, those are Curve’s flight cases in the chill-out lounge”… “You need a glockenspiel? Sure, we have Joe Strummer’s old one”). Faced with such richness of heritage, and with the equipment and live spaces being a dream come true, and with a generous seven weeks at our disposal, a problem entirely new to Fink presents itself. For the first time, we have absolutely no excuse to suck. 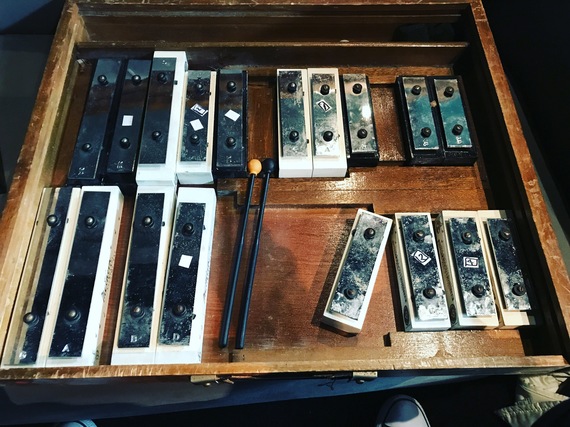 Quickly, ground rules are laid down, as suggested by Captain Flood. Our songs are seen as merely sketches: anything can happen. Keys, tempos, time signatures and lyrics are all hurled up in the air. Where they land is often an unusual place. If a version doesn’t work, we do another. And another. Straightforward rhythm guitar, but for exceptional circumstances, is banned. Ride cymbals and hi-hats aren’t exactly welcomed, nor are layers of backing vocal. A swear box is installed, with a quid charged to anyone who utters a prohibited word: radio, rough (recording), single (“I don’t give a shit which song might be a single,” says Flood), demo (the demo is simply “the first recording” – and each recording counts). All designed to amuse us, open our minds and shit us up: a common technique of Flood’s. He makes sure you’re as comfortable as possible, then throws you a curve ball. Example: a few weeks in, I’m sat in one of the live rooms playing a conventional part on my acoustic guitar; Flood comes in, tunes all the strings to a different chord, puts me through a horrid transistor amp, hands me a slide and tells me to avoid E flat – difficult, seeing as it’s the song’s key. After scratching around like a rank amateur for a few minutes, I look up at him despondently.

“May I play it another way? I’m not very adept at this.”

I develop a routine. I leave home, Overground it to Kensal Rise and settle myself in a nearby café, where I sit with a posh coffee, gaze at the traffic and listen to something inspiring. A favourite album, a vintage live session, an interview. Podcasts come in handy: Adam Buxton’s interviews with the likes of Jonny Greenwood, Spoon and the documentarian Adam Curtis all put me in the mood for profundity. Then I drain my brew and stride to the studio, ready to make a masterpiece. We work twelve hours a day, on average. Do I enjoy it? Of course, although enjoy is the wrong word. It’s addictive, compelling, stimulating… without ever being easy. Day follows day follows week follows month. Progress isn’t exactly slow, but it’s difficult to tell how well we’re doing until… we’re done. 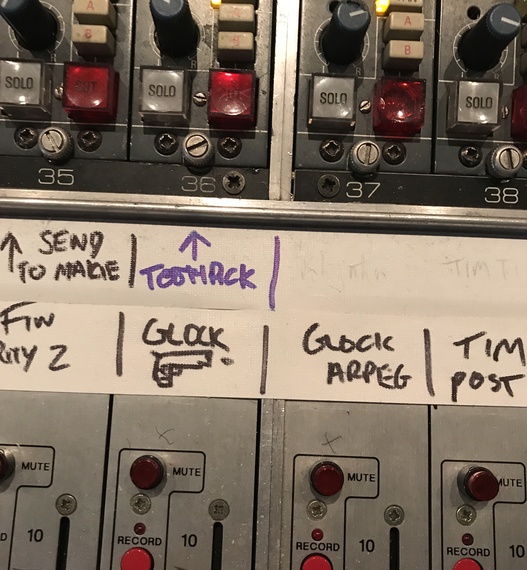 Flood is a visionary, a skilled technician, a joker, a raconteur and an utter gentleman. What you often discover when meeting people of his calibre – in any profession – is that they’ve reached their giddy career height largely on the strength of their characters. You don’t get to produce PJ Harvey, Foals, Warpaint and U2 by being a cantankerous, precious asshole. In many ways one of Flood’s greatest skills is in the ancient art of people management: from Nick Cave and his recalcitrant Bad Seeds to the undulating ego waves of Depeche Mode, there ain’t a single rock band dynamic Flood hasn’t encountered after forty years in the business. He knows precisely how to make every single person in the operation feel invaluable, from Fin, through Guy and myself, all the way to people who just dropped in to play percussion on one song, even the guy who fixes the cables and answers the intercom. This is how you become a world-renown rock producer, not from just knowing the right knobs to tweak. He’s also an expert in putting a team together: John Catlin the engineer and Richie Kennedy the assistant engineer (vastly underplaying titles both) are inspirational, making us feel that anything we wish to do is possible. I hardly hear the word “no” in seven weeks. Time and again I retire to some far corner of the studio to experiment on a certain track: within fifteen minutes, John or Richie magically appear with a mic on a stand and say, “Ready? Let’s put it down.” 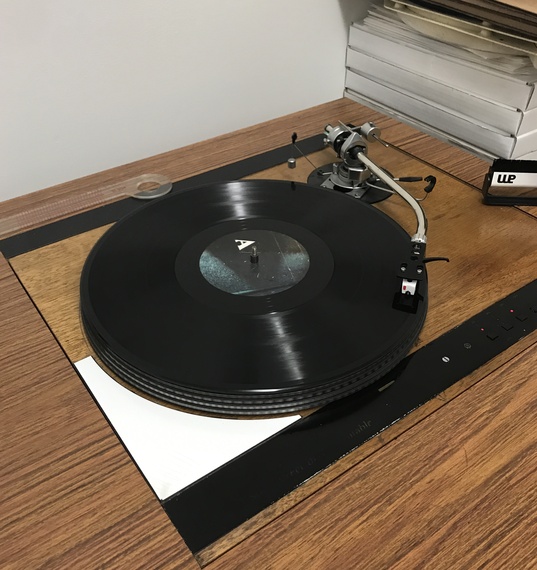 Seven weeks come screeching to a halt all too soon, and we have a record. Listening a few weeks later is an odd experience. Although true, I’m not going to dwell on statements like “it’s the best thing we’ve ever done”, because (thankfully) I always say that. But I think I can report that we’ve never been more honest on record before. Everything we wanted to try on these songs, we tried. Sometimes we were right first time. Sometimes not. But Flood has emptied the contents of our heads all over the vinyl grooves and the results are, if nothing else, fascinating. Fin has never sung better, accompanied by his own piano and Fender Rhodes prowess, which spins the songs at a totally new angle. Guy’s bass provides its usual unwavering support, but he’s also been tortured in completely new ways (on one track Flood gaffered a contact microphone to Guy’s neck and commanded him to hum for a couple of hours). And me? Well, if the 22-year-old Tim could hear some of the drumming and guitaring I’ve managed to slap onto this body of music, I think he’d approve; and that outcome is always at the back of my mind, I’ve discovered. Catharsis, vindication, and the creation of music: all simultaneously. See? Who needs a shrink when you can make a Fink record with Flood in London.